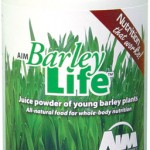 Beta-glucan from barley may boost levels of beneficial bacteria in the gut, particularly in people over 50, according to a new study from Greece.

Daily intake of 0.75 grams significantly increased levels of bifidobacteria, suggesting prebiotic potential but only in people over the age of 50, according to findings published in Food Research International.

The study, led by Adamantini Kyriacou from Karokopia University in Athens, is said to be the first report of a potential prebiotic effect of beta-glucan in vivo.

Prebiotics are defined as “non-digestible (by the host) food ingredients that have a beneficial effect through their selective metabolism in the intestinal tract.”

The study looked at beta-glucan from barley. The Greek scientists recruited 52 healthy people aged between 39 and 70 and randomly assigned them to receive a cake containing either 0.75 grams of barley beta-glucan or no additional beta-glucan for 30 days.

At the end of the study, results showed that a strong bifidogenic effect was observed in the volunteers over the age of 50. Kyriacou and his co-workers also noted a “concurrent significant increase in bacterioides” in these people. A trend for a beneficial effect on lactobacillus levels was also recorded, but these did not reach a level of statistical significance, said the researchers.

“Data demonstrated a possible prebiotic role of barley beta-glucan supplementation especially in older subjects. Moreover, in this age group, ingestion of experimental foodstuff was well-tolerated, with no severe gastrointestinal side effects,” wrote the researchers.

“Further research is crucial for the elucidation of dose-response in vivo effects of barley beta-glucan on human microbiota and the potential food-processing-related changes in its prebiotic functionality,” they concluded.

The nutritional and health information contained in this web site is for informational purposes only. We do not offer medical advice or prescribe the use of diet as a method of treatment for sickness or disease. Do not apply any information given here if you are not willing to assume the risk yourself. If you use this information without the approval of a health professional you are prescribing for yourself, which is your Constitutional right. We do not assume any responsibility for your decision.