A Lifestyle You Love 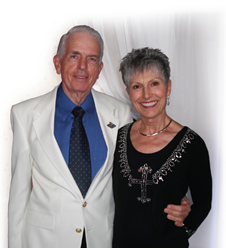 How about this to grab your attention: Overcoming breast cancer without surgery, chemotherapy, or radiation.

“Three years ago, I had breast cancer and overcame it with a living food diet,” Patti Warren says. “The main thing with the diet was juicing twice a day and using lots of fresh vegetables. Following the routine was a full-time job. Everything I ate had to be specially cooked.”

But it came with a price, says Patti. “Turns out we didn’t have a social life, and no one wanted to invite us to dinner. It became difficult.” The “we” includes her husband, Larry. They are AIM Directors from San Martin, California. They credit the AIM products for saving their social life.

Of course, the good news is overcoming breast cancer, thanks to the whole food diet. The bad news is that it cost the Warrens the freedom of a normal life.

“Then we got all this info about AIM, and we thought, ‘Could this be the answer?'” Patti said. “We have been into nutrition for 20 to 30 years, and we knew a lot about health. When we first ordered the AIM products, we tried them and did the research and attended AIMing Higher. We realized that we can have a life again.”

The demands of a lifestyle of constant juicing and food supervision were a detriment to the Warrens when it came to fitting in with others. Their diet saved them from health problems, but it cost them in other areas. Their initial introduction to living food diets came at a healthy lifestyle retreat. The Warrens spent three weeks in the program soon after Patti heard of her breast cancer diagnosis. The format of cleansing, nutrition, positive thinking, and exercise was designed to be continued for a three-month period after leaving the institute. By the end of the three months, Patti’s cancer was gone. And their way of life was drastically different.

Discovering the AIM products took away the Warrens’ need to handicap themselves with juicing and diet requirements. And for the Warrens, it even provided relief to a lifelong health problem for Larry.

“I have had joint and muscle problems my entire life back to a teenager,” Larry says. “I have every brace that you can get — back, arms, you name it and I have one. I have had some form of pain on an ongoing basis for all of my adult life until I had taken the AIM products for about six months.

“Now at 73, I can do all the pruning at our home. I climb to the top of the trees. I can outwork my son who is 20 to 30 years younger than I am, and I can do exercises that no one would even try. It has been really an incredible thing.”

The Warrens began their AIM journey after seeing a glowing review of AIM Herbal Fiberblend® in a newsletter. When they called to order, an AIM Call Center representative asked if they were interested in receiving the Member price on the product, a question that opened the door to so many other discoveries for the Warrens.

“We bought two canisters, and along came all this information,” Patti says. “Then we received a letter from (Chairman’s Club Director) Janet Pauly.”

Janet really got the Warrens going with their business, educating them on products and health and encouraging them to share the great news of AIM with others *mdash; an idea that Patti and Larry have fully embraced.

“When we were in Arizona,” Patti says, “a lady came up and said, ‘Some of us would like to know what you do.’ We did three Abundant Health classes, and we based them on Biblical healthy living. We went through a number of books and realized that we can’t hold this information to ourselves! We have to share it!

“At the classes, we talked about health in general, what nutrients the body needs to be healthy, the exercise, the food, what the body needs to get rid of. And AIM was a part of that. When we came to California, more people asked us what we do. They were so amazed that we took no medication.

“We’ve taught eight sessions in California and have four more to go, plus a wrap-up. We’ve kept the entire group the whole time. Some have started on the AIM products, and some are curious what’s going on.

“If you really want a solid AIM Member, you need to give them more information on health and healing so they understand what it can do to your body. It’s been a real exciting adventure for us, a journey.”

Less than a year after joining The AIM Companies™, the Warrens promoted to Director. They continue learning more about AIM products and introducing nutrition to others. Now that they have seen nutrition from an AIM perspective, they wouldn’t have it any other way.

“I have a family history of high blood pressure, high cholesterol, heart problems, and all that. I’m not going there. My mother died too early, and I’m not going there. That’s why we’ve been so interested in building up the immune system,” says Patti. “AIM for us was a missing piece, and when we got it, it just fit perfectly with our lifestyle.”

Testimonials should not be construed as representing results everybody can achieve.